The measurements are (in minutes):

Out of 170 winners in as many dog races, 35 dogs started on the inner line.

The number of winners out of the 170 that did not start at the inner lane could have the following distribution:

The only possibility for a “count variable” with possible values between 0 and 170 is the binomial distribution, that is answer number 3.

In the following figure a density function is shown: 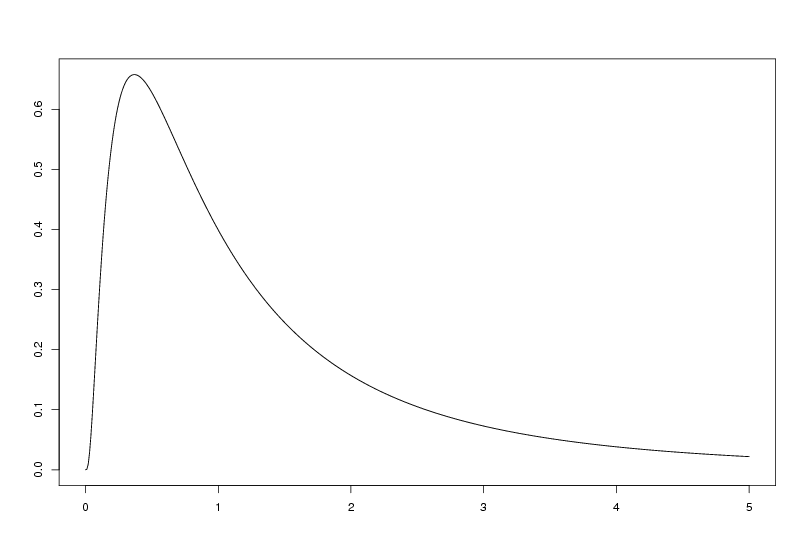 Which of the following probability distributions is the only one that could be described by the the above figure?

Only one possibility, answer number 5.